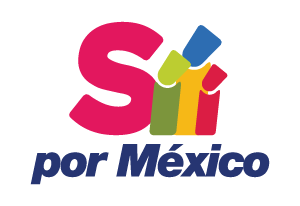 America ramped up its response to the coronavirus pandemic on Sunday  as New York ordered a ban on dine-in customers at all restaurants.

NYC counsel speaker Corey Johnson said as from 9am on Tuesday restaurants, bars, and cafes will be limited to take-out and delivery. Bars, nightclubs, movie theaters and other entertainment venues will also be closed.

“I will sign an Executive Order limiting restaurants, bars and cafes to food take-out and delivery,” city mayor Bill de Blasio said in a statement, calling for “a wartime mentality”.

New York has already banned gatherings of more than 500 people, including in Broadway theatres and schools will also start shutting down this week.

California, Ohio, Illinois, Massachusetts also announced on Sunday that bars and restaurants would be closed in effort to slow the spread of coronavirus.

White House hopefuls Joe Biden and rival Bernie Sanders launched a joint attack on Donald Trump’s response to the coronavirus pandemic as they faced off in high-stakes debate on Sunday, accusing the President of undermining his own scientists with misinformation.

Going head to head days before four large states hold Democratic primaries, the two main candidates left in the marathon race stood six feet apart on stage and elbow bumped one another at the start of a televised debate held with no live audience.

Atlantic coast provinces were the last to be hit. Major metropolitan centres – Toronto, Montreal and Vancouver – remain the most affected.

The first participant in a clinical trial for a vaccine to protect against the new coronavirus will receive an experimental dose on Monday, according to a government official.

The National Institutes of Health is funding the trial, which is taking place at the Kaiser Permanente Washington Health Research Institute in Seattle. The official who disclosed plans for the first participant spoke on condition of anonymity because the move has not been publicly announced.

Testing will begin with 45 young, healthy volunteers with different doses of shots co-developed by NIH and Moderna Inc. There’s no chance participants could get infected from the shots, because they don’t contain the virus itself. The goal is purely to check that the vaccines show no worrisome side effects, setting the stage for larger tests.

Australia’s capital and the country’s second most populous state declared states of emergency on Monday while large, non-essential gatherings were banned in a bid to slow the spread of coronavirus after the national death toll rose to five.

Australia has recorded nearly 300 cases of coronavirus and authorities fear a rapid rise of the disease.

After a 77-year-old woman and a 90-year-old woman died in New South Wales, Victoria and the Australian Capital Territory (ACT)  both declared a state of emergency that will give health officials sweeping powers.

The proclamations allows the Victoria  and ACT’s chief health officers near unchecked powers to contain the spread of the virus and reduce the risk to the public.

The chief health officers will be able to issue fresh quarantine orders to cover entire suburbs, businesses or professions if deemed necessary.

Water Powered Car Inventor Dies In A Restaurant Screaming ‘They Poisoned Me’ | WorldTruth.Tv

A Restaurant In Texas Is Putting Up The Funniest Signs Ever…

Someone Tries To Lie On Yelp Review, Gets Brilliantly Shut Down By This Restaurant Employee | Bored Panda

Water Powered Car Inventor Dies In A Restaurant Screaming ‘They Poisoned Me’ | WorldTruth.Tv

A Restaurant In Texas Is Putting Up The Funniest Signs Ever…

Someone Tries To Lie On Yelp Review, Gets Brilliantly Shut Down By This Restaurant Employee | Bored Panda